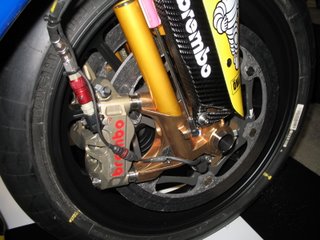 ¶ 9:26 PM 0 comments
Sunday, March 18, 2007
Willow Springs Trackday #3
I was starting to go through crackday, I mean trackday, withdrawals lately and finally got my butt and trusty R6 out to Willow Springs (the big track) for the 3rd time and my 6th track outing overall. This was also my 3rd trackday with Cal-Sportbike, whom I strongly recommend to those who enjoy a more relaxed experience.

For those of you who've never done a trackday, they run a good trackday school at no extra cost. I highly recommend it as a first trackday for anyone who feels they're ready for the challenge of the track. Most trackday organizers will break up the riders into 3 groups (novice / intermediate / advanced), but Cal-Sportbike uses only 2 groups so everyone can get more riding time in. 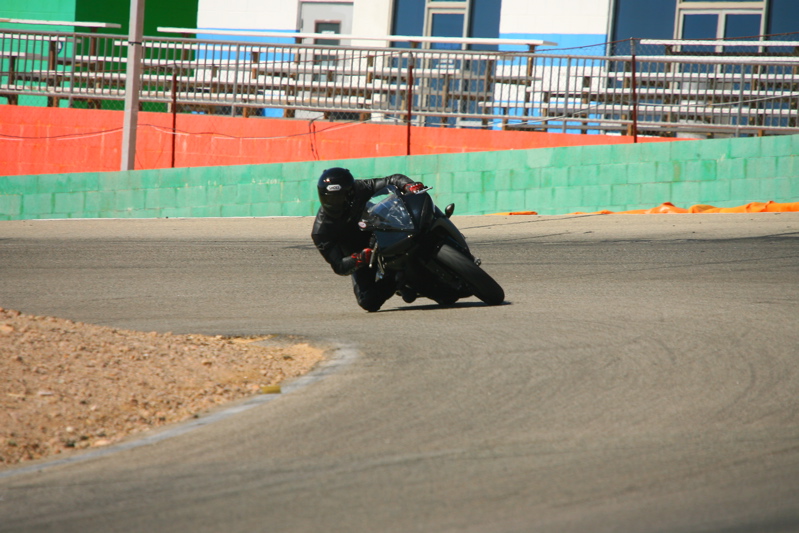 Good ol' turn 4
Prepping the bike took a couple of days. I had to get new tires (Dunlop Qualifiers again) and my radiator fluid hadn't been flushed in a while. I hate flushing the radiator because taking the fairings off and putting them back on just plain sucks. The rest of the prep - taping lights, removing mirrors, disconnecting the headlights and tail lights - takes just a few minutes.

Transportation was no gimme this time either. I had to borrow a friend's car (hers is set up for towing) and rent a U-Haul trailer. I was also hauling another friend's bike, so I had to get a larger trailer with enough room. I rented the 5x9 ramp trailer from U-Haul, which is excellent for hauling bikes. It has an easy ramp for loading/unloading and tie-down loops at all 4 corners. 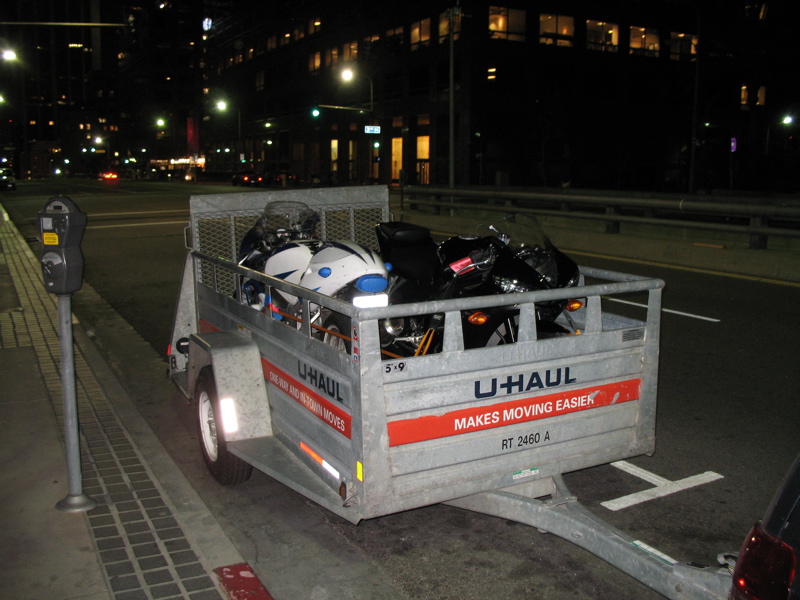 the bikes loaded in the trailer at 5:30 am
My day started with a brutal 3:30 am wake up call, but that was because I had to:

Shockingly we had enough time to stop at Mickey D's for breakfast and still made it there in time. Our other two friends arrived a little later and we set up camp in the parking lot. The weather was perfect. We finished taping up our bikes, got them through inspection and went to the rider's meeting. 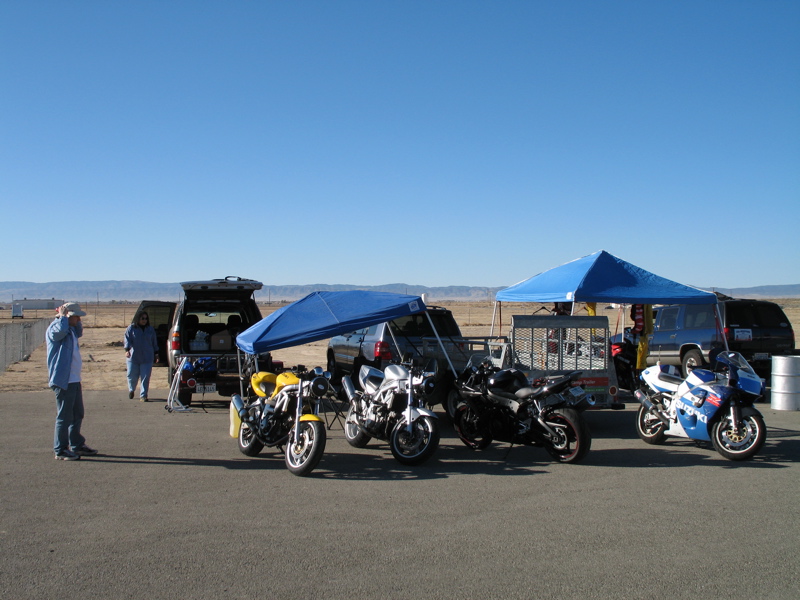 Finally it was time to get on the track. This was my first time riding in the fast group so I was a little curious about the speeds. To my relief I was able to hold my own but there were definitely a few really fast riders. One of those riders was Jason Curtis, AMA Superbike racer. He was insanely fast around the track and smoked me repeatedly. He hosted a Q & A session late in the morning, which I have to say was really helpful in giving me a few things to work on. More specifically, his comments about his braking points and how far into the specific turns he was trail braking really gave me something to measure against. I worked on trail braking the rest of the afternoon and really made some good progress. 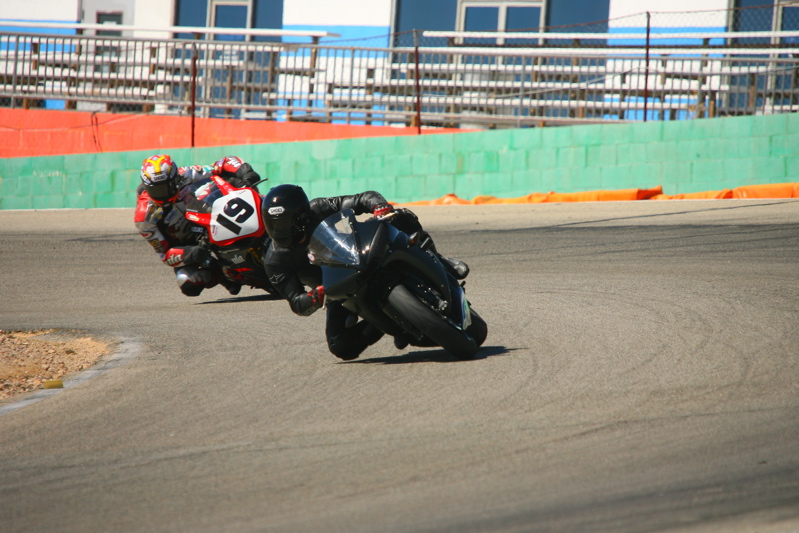 Jason Curtis, AMA Superbike racer, about to spank me

By the end of the day I felt like I had improved quite a bit on the big Willow track. I was definitely braking later, deeper and smoother, and I definitely picked up a lot of speed in a couple of areas of the track that gave me a hard time before. At the very end of the day I rode my friend's Suzuki SV1000 for a few laps to capture some onboard video (she's got a really cool little video camera hooked up to the nose of the bike). I eased up to make sure I didn't crash her bike, so those of you familiar w/ Willow Springs will notice I'm downshifting and braking a little early in places. That was really fun though. :) Enjoy the video, and some more pics are below. 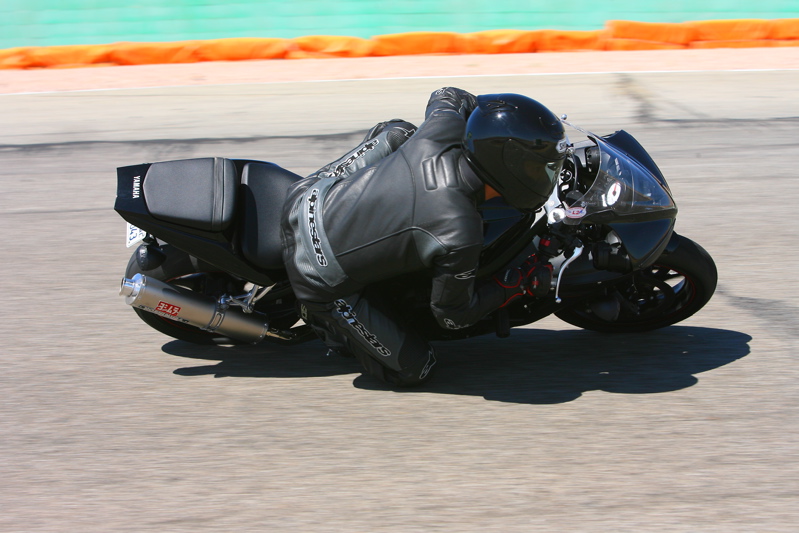 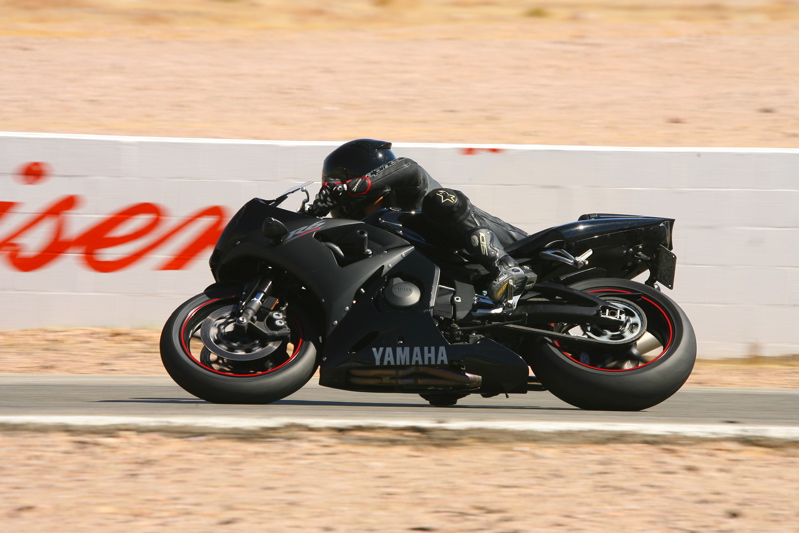 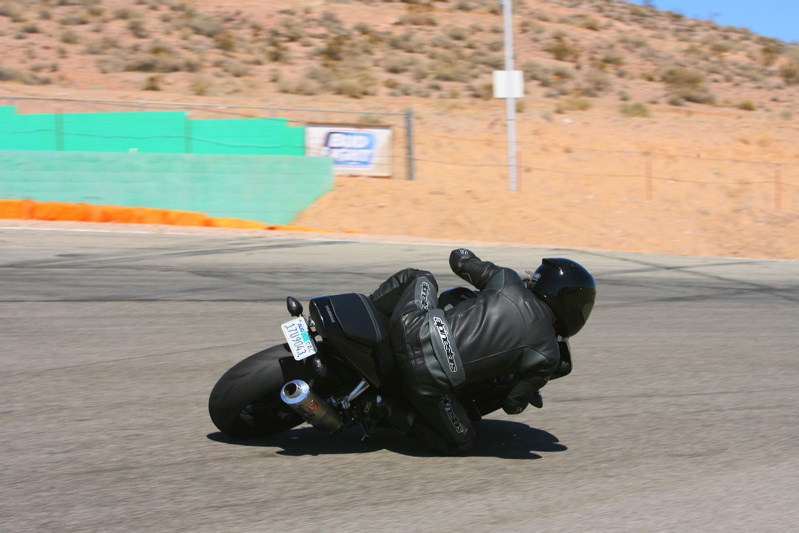 I do a lot of solo rides on my R6 to unwind, rarely less than 100 miles even though a supersport 600 is one of the least comfortable rides around. Yesterday was one of those days that required a lot of unwinding, so I hopped on the bike and just started heading north without any real destination in mind. The weather was good and I was looking forward to the fresh air.

Somehow I ended up meandering through some of so cal's back country roads to Ojai. I stopped for lunch and by the time I was through, it was about 2:30. It's been chilly around here lately and it rained a few days earlier, so I wasn't sure if hitting the canyons was such a great idea. However highway 150 on the way up to Ojai was pretty clean, so even w/ the chilled air and descending sun I decided to jump on my 2nd favorite motorcycle road, Highway 33 north of Ojai.

My "what the hell" attitude was rewarded by excellent conditions for this time of year. Except for a couple of spots, the road was in superb shape and debris-free. There wasn't a single cloud in the sky nor any wind. There was hardly any traffic at all and I was free to soak up all the super fun turns and twists that 33 has to offer. The weather was so clear that I could easily see the ocean from certain view points.

Highway 33 ranks so high on my list for many reasons. The good parts are never that crowded. The road is mostly in terrific shape. It's a long ride. The scenery is beautiful (it's in the Los Padres National Forest). Ojai's a great staging point. There's only one thing I don't like -- the long ride home on the 101 freeway.