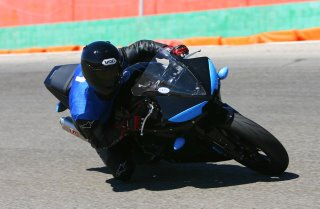 On Labor Day I found myself at Willow Springs International Raceway again, this time with Cal Sport Bike for one of their TrackXperience school/trackdays. This was my second time at the big track at WSIR, my first trackday with Cal Sport Bike and my fourth trackday overall. CSB is a little pricier than some of the other trackday organizers, but they offer a school along with food and drinks (which was great 'cause I didn't have to drag a cooler along). I was particularly looking forward to this trackday because of the instruction that CSB offers.

The riders were split up into two groups, level 1 (which included the school riders) and level 2 with about 30 riders in each. Sessions were 30 minutes, long enough that I never spent the entire session riding - I always came in early. The school consisted of classroom training in between sessions as well as a cone course on 100cc dirtbikes in the parking lot. We almost never had any time to rest as we always had to go immediately from riding to the classroom. 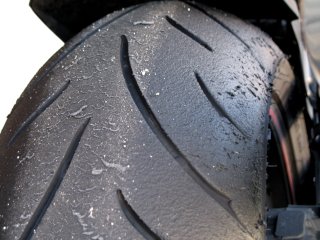 My rear tire after a few sessions
As far as the school portion went I would say it's a good, low-cost way for trackday beginners to get some instruction on the basics of track riding. They would give us a lesson in the classroom and then expect us to practice the techniques discussed during the next riding session. They covered topics such as line selection, throttle control, body positioning and most of all, riding in a smooth manner. The dirtbike training in the parking lot was fun and a great way to practice proper body positioning in a safe environment. 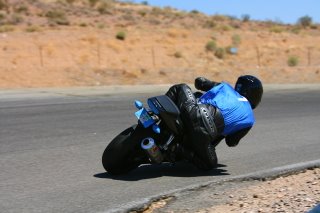 Hanging off in turn 4
Their program includes an optional certification program which they call Tracstar, and on your first day with them you can earn a bronze certification by demonstrating to an instructor (who follows you for a lap or two around the track) that you can apply what they've taught. Fortunately I only needed one lap to get a passing grade (it was at the end of the day and I was getting worn out) and I felt good about completing the program and receiving confirmation that I was correctly applying some of the techniques they were teaching.

Being followed by an instructor for certification
As far as using CSB for open lapping goes, I think it's a mixed bag but mostly good. They really try to promote a safe and more relaxed atmosphere. The only thing I didn't like is that the track seemed crowded at times because there were 30 riders per session. Other organizers might do only 25 per session, but then they'll have three groups instead of just two which means shorter sessions (20 minutes instead of 30). 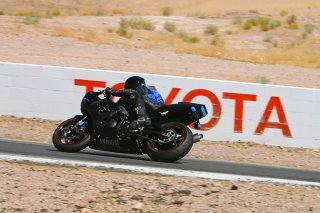 Overall I think it's a good program. It's by no means a full-fledged school like Keith Code's Superbike School or Jason Pridmore's STAR school, but I would highly recommend it to anyone as a first trackday. There are plenty of instructors on hand and they are always willing to go out on the track with you to work on lines and the techniques taught in the class sessions. I'm planning on going to another trackday with them in Parumph, Nevada in October.
¶ 9:47 PM 0 comments
Wednesday, September 13, 2006
Zero Gravity Double Bubble - Follow Up Review 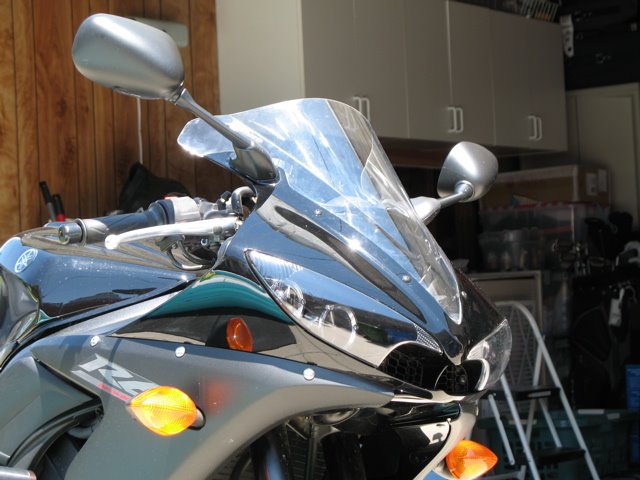 After going to Willow Springs with a Zero Gravity Double Bubble windscreen installed, I have to say I'm very satisfied. Aside from its lack of DOT approval its performance was stellar at "the fastest track in the west." I hit 145 MPH on the front straightaway and had noticeably less wind buffeting than the last time I was at Willow Springs with the stock windscreen. It creates a slightly bigger pocket of air without changing the aerodynamics or handling of the bike at speed. I guess these things are used by racers for a reason. 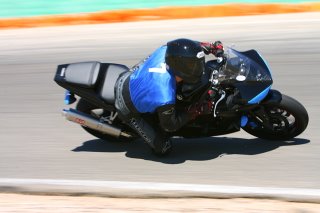