END_OF_DOCUMENT_TOKEN_TO_BE_REPLACED

For those of us addicted to doing motorcycle trackdays*, having a dedicated track bike is the ideal situation.  Most track bikes look like something only a mother (er… owner) could love, but not this one.

END_OF_DOCUMENT_TOKEN_TO_BE_REPLACED

Startriding.com has finally been reformatted and streamlined as a blog site.  There will still be permanent articles here so the beginners can find useful information quickly, but this new format will make it easier for me to manage the site and post new or relevant information.  Ride safe.
-Ray 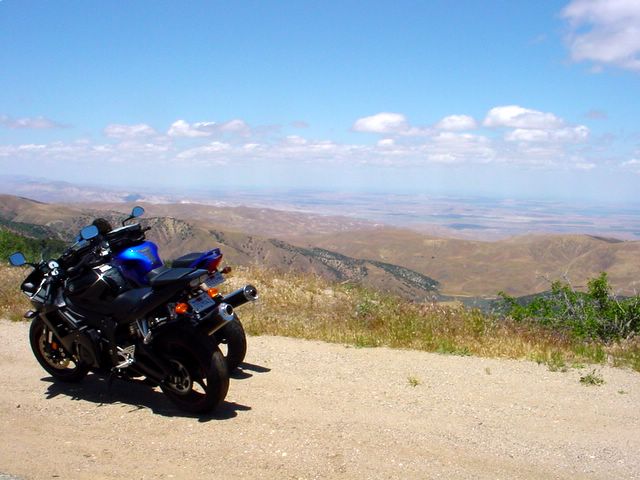 Ducati had its own campaign in full swing this year, promoting the Hypermotard with a nationwide test ride tour. I had the good fortune of attending the test ride on Southern California’s famed Angeles Crest Highway. Ducati had set up camp at Newcomb’s Ranch (the official Angeles Crest Highway restaurant/bar/hang out) and all that was needed was a valid CA driver’s license with an M1 motorcycle endorsement. Sweeeeeeet…

END_OF_DOCUMENT_TOKEN_TO_BE_REPLACED

You know that chant you hear at college basketball games sometimes, when the visiting team’s star player is having a bad game and the home crowd is chanting in unison, “OVER-RATED…”  Unfortunately that’s how I feel about the Michelin Pilot Power 2CTs. END_OF_DOCUMENT_TOKEN_TO_BE_REPLACED