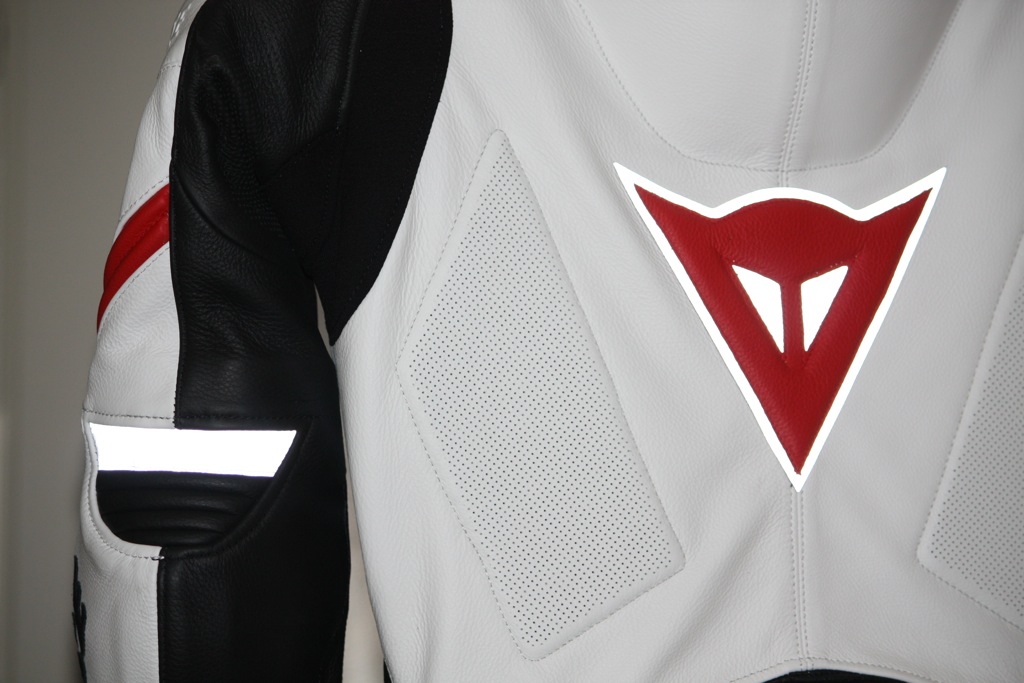 Every sport bike rider could use a set of leathers in the closet.  They’re required for track days and nothing protects better on a canyon ride.  The choices are endless, ranging from several brands of pre-made suits to custom one-off suits based on your design and measurements.  There are even 1 and 2 piece varieties, though 2 piece suits are less common.  I chose what many consider the best off-the-rack 2 piece suit available, the 2010 Dainese Laguna Seca 2 piece.  It happened to fit me pretty well, much better than my old Alpinestars suit, and I like 2 piece suits because I can easily remove the jacket when I stop to eat on a canyon ride.  Now that I’ve worn it at a track day and on a few rides, it’s review time.

If you want one of the best 2 piece suits available and have the right build (and the dough), this might be it.  It feels great, looks great and has the appearance of a well made product.